Diabetes Reduces Life Expectancy
It is a well-know fact that diabetes can lead to serious health issues, including heart disease, the most common malady. Now, an article published in the Archives of Internal Medicineconfirms that even before cardiovascular disease develops in patients with diabetes, the negative effects on life expectancy have already begun. 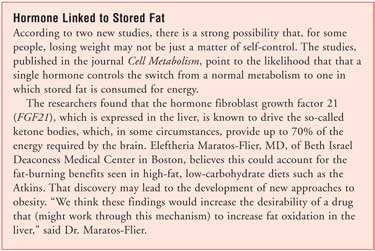 Bacteria Prevalent at Petting Zoos
Taking a child to a petting zoo is always a pleasant experience for both child and parent, but it is important to make sure that whoever pets the animals washes their hands thoroughly immediately after the visit.

According to Scott Weese, DVM, of the University of Guelph, Ontario, Canada, touching animals can result in carrying away not only  a great experience but also some nasty bacteria like Escherichia coli, Cryptosporidium, and Salmonella, among others. In an article published in Clinical Infectious Diseases, Dr. Weese reports the good news that the simple process of hand washing with soap and water or alcohol disinfectant can all but eliminate these harmful bacteria. The bad news is that his research shows that even under the best conditions, 26% of people left a zoo without washing. "On average, only 30% of people washed or disinfected their hands after leaving a petting zoo," said Dr. Weese.

Don't Have a Heart Attack on the Weekend
A report in the New England Journal of Medicine warns patients that weekend admissions to hospitals caused by a heart attack may be associated with higher death rates and fewer coronary interventions.

Researchers at the University of Medicine and Dentistry of New Jersey, New Brunswick, said that 30-day mortality of weekend-admitted myocardial infarction patients in their hospital was 0.9% worse than that for patients admitted during the week. This amounts to 10 additional deaths per 1,000 admissions. In addition, weekend patients were one third less likely to receive percutaneous coronary intervention on admission to hospitals than weekday patients.