Serious psychological disorders (SPD) such as anxiety, depression, schizophrenia, and attention-deficit disorder have contributed to 48 million office-based physician visits, 3.7 million emergency department visits, 5.7 million outpatient visits, and 51.7 million ambulatory-care visits, according to the Centers for Disease Control and Prevention. The National Center for Health Statistics reports that the 30-day prevalence of SPD in non!= institutionalized adults was 3.1% from 2001 to 2004; prevalence was higher in women than in men. 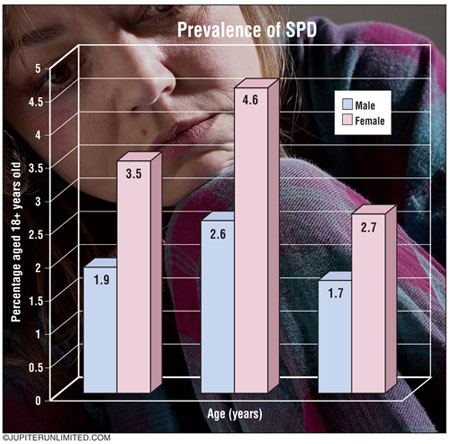